(There Are More Chareidi Dropouts Than Dati Leumi Or Secular In Israel (Wednesday, February 15th, 2017 07:30 The wedding that took place recently in Mitzpei Yericho seemed pretty much like any other chareidi chasenah. The dancing separated by a mechitzah, the modest clothing, the rabbonim offering their brachos … everything one sees at our simchas. And yet, if you looked really closely, you may have spotted the young lady off in a corner with multiple piercings and a shorter skirt; the young man in jeans and no jacket, the youth sitting outside the hall smoking. For this was anything but a typical wedding!

R and B started out their lives in the usual way. The Kallah was born to an American chareidi family blessed with many children. She they went through the Beis Yaakov system in Jerusalem until they could no longer tolerate her disrespect.

With no religious school willing to accept her, at the age of 14, R found herself alone in the world. Her school banished her; her parents blamed her for her inappropriate behavior and the negative affect she was having on the family and home. The only place that welcomed her with open arms were the streets, and so she began a downward spiral into a totally secular lifestyle, drugs alcohol and worse, living on the streets of Jerusalem. At the time, she was a 14-year-old child!

The outreach workers of Merkaz Telem managed to bring her into their youth center in the center of town to begin a very long and arduous process of rehabilitation. There were many lapses along the way but the turning point came when she saw her 15-year-old friend taken away in an ambulance from an overdose and she screamed: “I don’t want to die.” The staff of Merkaz Telem got her into a rehab program which she completed successfully and then integrated her into Olamot – their high school for music and art.

Through this process, she learned to share and deal with her feelings. In fact, at age 18 she ran small self-help groups of this sort at the high school for other girls like herself. As a reward for her hard work and consistent attendance, she was entitled to a gift, and she chose a trip to Uman.

She returned from this experience “on fire.” But that too is dangerous, and so the staff continued working with her to find balance in her life. Baruch Hashem, she finally reached a stable point, completed her high school degree and was ready, with support, to begin a frum, adult life.

R was introduced to B, a young man who had also overcome many challenges in his youth. Together we were zoche to dance at their chasenah last month! As one of the guests commented, “I have never experienced such simcha without alcohol!” While their wedding looked like any other simcha we would attend, it was anything but!

There are more chareidi than dati leumi or secular dropouts!

Just last week the Central Bureau of Statistics released its findings that the national drop- out rate for boys and girls from chareidi educational institutions between grades 7-12 is 3% higher than that of either the secular or dati leumi educational institutions of the country and climbing. This represents thousands of our children! Additional research has shown that the two largest sub-groups in these categories are children of parents who made aliyah or those whose parents are baalei teshuvah.

Merkaz Telem was established in 2006 to work with at-risks girls from chareidi backgrounds. They run two high schools, three youth centers, and emergency housing for the girls who have nowhere else to go. Through Telem’s various programs, these girls go on to earn high school matriculation diplomas and then receive vocational and life skills training in order to function in the adult world as healthy, frum Jewish women. This organization works very hard to maintain girls in their normative religious settings and prevent dropping out. However, when this is no longer possible, they step in so that these young ladies can access the multiple services they need so that they can learn to once again trust adults, trust the system and believe in themselves. A skilled and committed inter-disciplinary team of professionals accompanies these girls as they advance from stage to stage and serve as a constant in their lives for as long as needed.

Rabbi Zecharia Wallerstein recently paid a visit to the Telem programs in Israel. As a result of this visit, he is currently exploring with Rabbi Dvir, the director of Merkaz Telem, ways of expanding the existing program and developing new ones to meet the needs of at-risk American girls living in Israel. 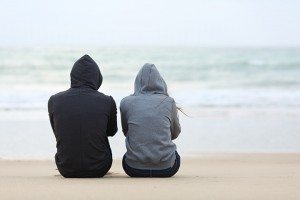 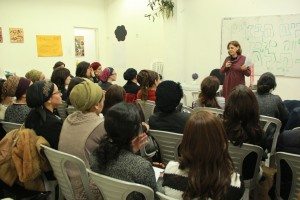 Special Events: Much More than a Staff Melave Malka 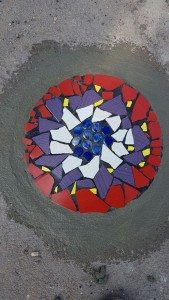 Students – Donors – Community: Bringing it all Together